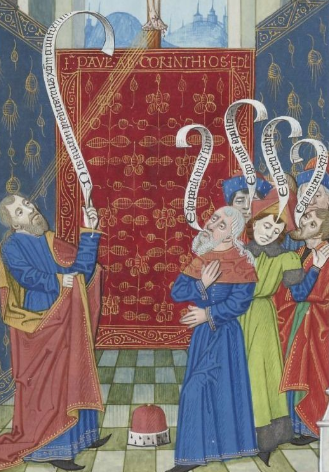 Greetings! The MoAS office would like to continue to share news of notable A&S activities mentioned in our summer MoAS reports.

The quarantine, while putting a damper on in-person group learning, has really opened up the avenues for online classes!  Many Towers people are teaching online A&S classes in various venues outside of the Canton, for example:  Timothy of Sherwood taught a virtual archery class, and Peter taught a virtual intro to archery class, and another called “Putting on Arrow Heads.” Nastassiia Ivanova Medvedeva (Tasha) also taught 2 virtual Norse-related sewing topics for the 24-hour Viking Schola.

Beyond teaching, learning by taking online classes has been a popular way to get that creative fix!  Lots of people in Canton are attending virtual A&S classes and watching how-to videos. Baroness Johanna has been sharing more than the usual number of posts about classes in other SCA venues that people might be interested in attending or teaching, such as East Kingdom, other kingdoms, Pennsic and Bog virtual universities.  She also shared some links to medieval music performances and other misc. links that have been well-received.

But that’s not all that’s happening in this local group!  People are working on lots of personal garb and weaving projects, as well as woodworking and cooking and gardening. Informal crafting evenings have also moved their efforts online.

Greetings! The MoAS office would like to continue to share news of notable A&S activities mentioned in our summer MoAS reports. Today, with my Southern Region A&S deputy, THL Ibrahim al-Rashid, we would like to acknowledge the work of Mistress Elizabeth Talbot as Settmour Swamp’s A&S minister.

When in-person A&S meetings were no longer possible, she stepped up and worked to set up online A&S meetings for the Barony. These well-attended virtual meetings have contributed to the Barony’s sense of community, even while many in person Events were cancelled. People brought their projects to work on and newer people were able to receive advice and guidance from more experienced members. And everyone was able to connect with their SCA ‘family’. In addition to more open-ended meetings, Mistress Elizabeth is also planning a series of sessions for people to focus on specific projects.

The Arts and Sciences of the Society are indeed thriving in Settmour Swamp! One piece of advice that Mistress Elizabeth had for other groups looking to startup their own virtual meetings was to have one or two tech-savvy people presentfor each one. These folks can help those less familiar with the onlinemeeting technology.

One final note, the participation of the Baronial seat in activities such as these also has the potential to greatly increase their success, and the MoAS office has heard great things about the support that the Baron and Baroness of Settmour Swamp have provided their group. Thank you to Jonathan Miles and Theresa Ana Perez for your support of A&S.

Greetings to the People of the East!

The MoAS office would like to continue to share news of notable A&S activities mentioned in our summer MoAS reports.

Today, with my Northern Region A&S deputy, THL Amalie von Hohensee, I would like to call attention to two individual artisans from the Barony of Endewearde who have been engaging in some very interesting and inspiring A&S work over the past several months. It brings me joy to read about projects like these, and I hope it will likewise bring some joy into your monday afternoon.

HL Lijsbet van Catwiic: Lijsbet and her husband, Lord Thomas de Marr, put theory into practice with a unique little experiment during their lockdown time. Lijsbet decided to participate in the Pigrilm’s Progress Challenge, a fun initiative developed by the Agincourt Soldier intended to simulate the 67 miles walked in Canterbury Tales. However, Lijsbet added a fun twist – to do as much of it as possible in garb. To add to the challenge and authenticity of the project, she also made her own turnshoes, as she wanted to learn what a long journey would have felt like without modern footwear.Lijsbet commented that, “Walking in turnshoes is a bit different from walking in modern shoes. First, you can feeleverything you step on. Second, for that reason the best way to walk is toe to heel instead of the modern heel to toe step. Judging by the amount of wear on the soles in the heel region at the end of the challenge I wasn’t entirely successful with that. Of the 69 total miles we walked 37 of those were done while wearing the turnshoes and my feet were honestly more comfortable for those 37 miles than any of the rest.” 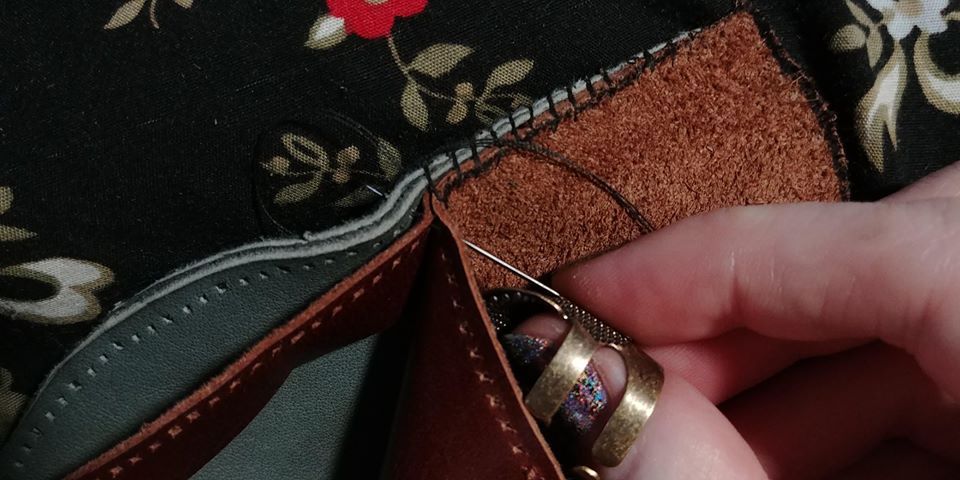 THL Seamus na Coille Aosda: Lord Seamus has begun work on crafting an Irish log boat from a green maple log. His mundane interest in canoeing combined with his 10th century Irish persona and interest in woodworking inspired him to take on this unique, large-scale project. Seamus is currently working on shaping the outside of the boat’s hull. After determining the hull’s desired depth, Seamus will begin on the interior of the boat soon. 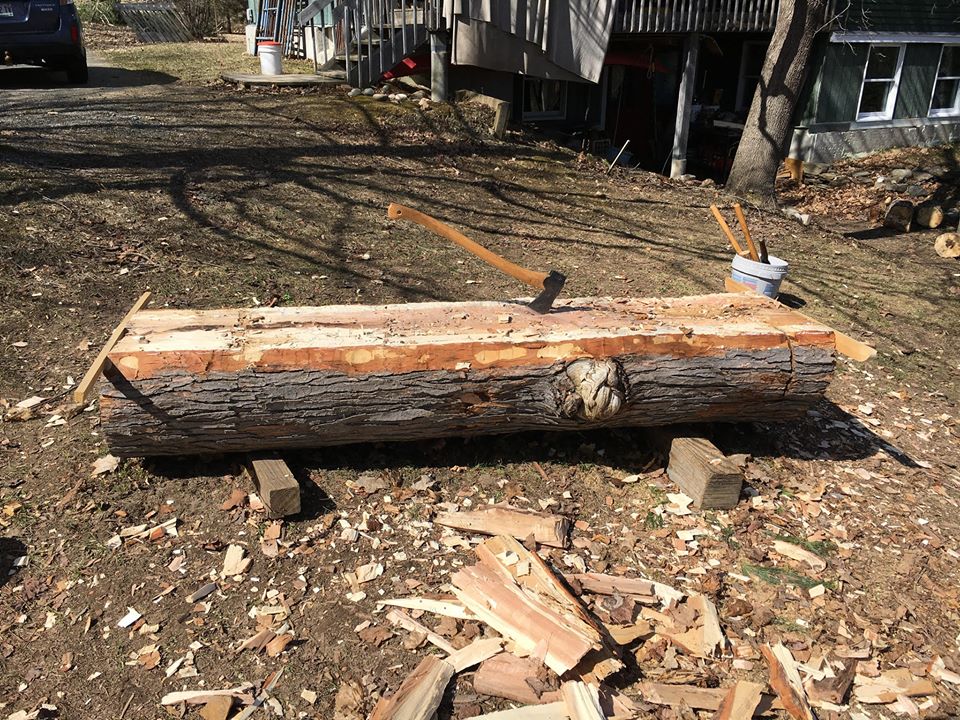 Greetings to the Kingdom!

As Kingdon Minister of Arts and Sciences, my regional deputies and I receive reports two times a year from local A&S ministers. It is my intention and desire to begin highlighting some of the wonderful projects and interesting work done by both local groups and individuals from the populace.For my first post, Mistress Alisay, the Tir Mara MoAS Regional Deputy, and I wish to give a shout out to two individuals from the Barony of Runtallan. They are:Lord Oswald of Runtallan & Lady Esperanza de Cordo

When the pandemic started, these individuals set up a Discord Server for their local group to be used for A&S classes, group chats, and other activities.The type and variety of classes held by the group using their Discord Server is wonderful and exciting! Among the classes that their MoAS report notes were hosted by the group, are : Olde English 101, Brewing 101, Herbal Remedies, Fabris 101, Bocksten bog man clothes, Rapier styles 101, Armoring basics, Virtual Bardic Campfire, Making and Drafting Patterns for Garb, & Creating a Blackwork Pin Cushion.Also of note, Lady Esperanza de Cordoba has introduced a project on Facebook where members of the local group write letters in their persona to each other. I am happy to recognize Lord Oswald and Lady Esperanza for how they have continued to promote the dream and find ways for their populace to participate in SCA activities from their homes.