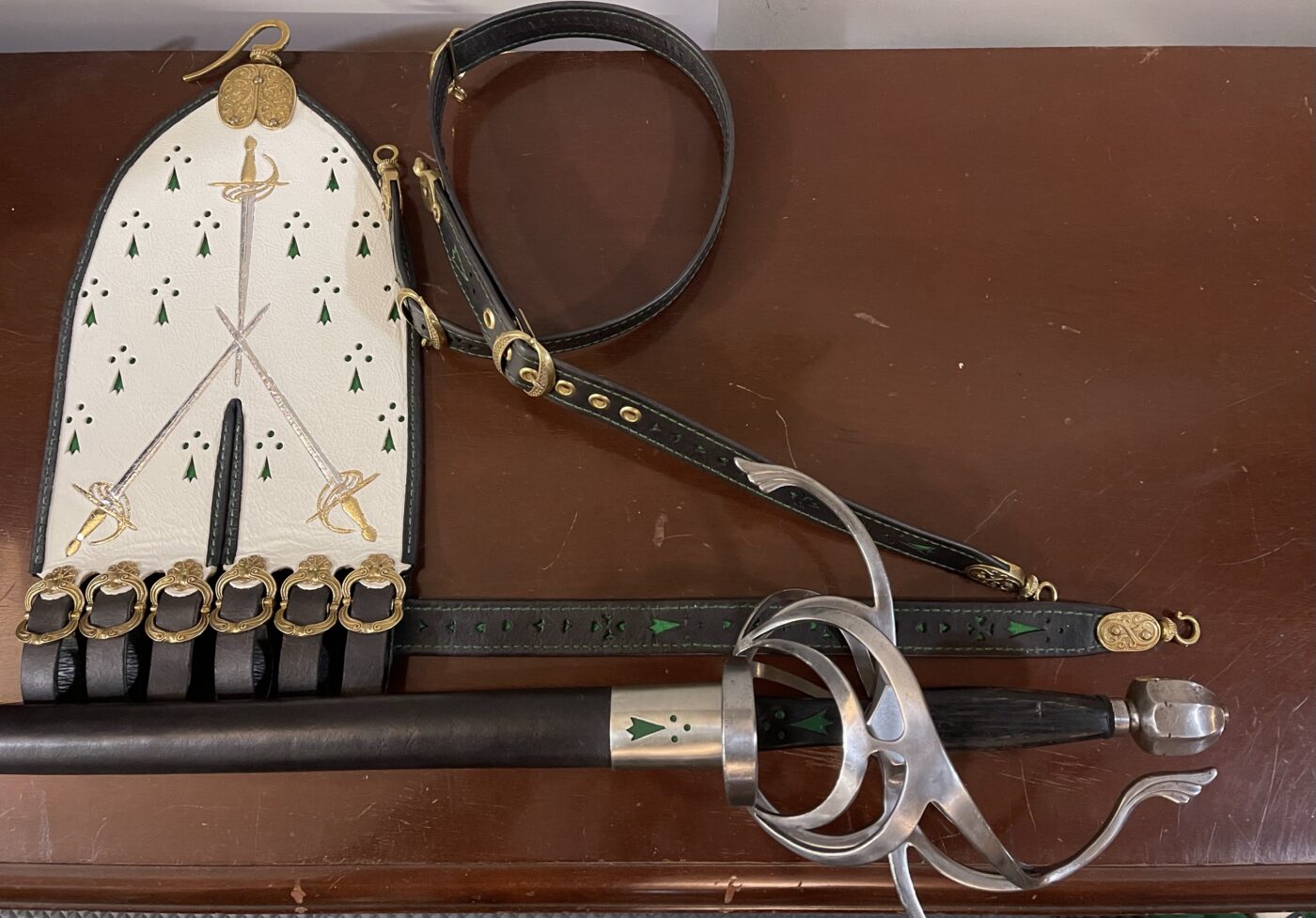 When it was announced that Andre L’Epervier had been give a writ to join the Order of Defense, I approached him about doing a new rapier hanger for the occasion. While he already had a hanger, which he had made for himself many years prior, I felt that having multiple hangers would be appropriate for such a standing. He agreed, and we began plotting out what he would like from the project.

He was crafting for himself a doublet in the French style, based on an early 17th century extant piece, and wished to have the belt and hanger match. Fortunately, there was a lovely hanger in the Musee de l’Armee in Paris that I’d come across, which provided some lovely inspiration for a few things. I planned to use at least part of it as the basis this project; and it was dated 1600.

The project in it’s entirety consists of the belt, the hanger, and the scabbard for his rapier.
The designs were sketched out so that we were certain that all the details would be accounted for. He wanted the belt and scabbard to be black, it would match multiple outfits (black does go with everything). There would be green accents, to match the outfit, and his oft worn color scheme. For the belt, this would be the stitching, and on the scabbard, some detail on the locket. The hanger itself he wished to have in white, with the Order of Defense heraldry on it, and green accents. The specialized hardware for the hanger and belt was chosen, and ordered from the jeweler.
Full documentation can be found at https://brendanfyrebow.wordpress.com/2022/02/18/andres-rapier-accoutrements/