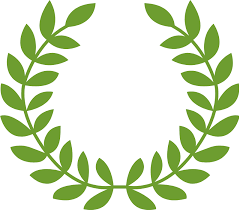 A question to the Kingdom A&S Minister, Master Philip White:

“I was told I’d never be given an A&S award or get A&S recognition unless I do research. Is that true?

A reply from the Minister:

There are lots of versions of these kinds of comments people make. You can pretty much plug and play. Here’s what I mean:

I’ve heard these kinds of comments too. It happens. Early on I’ve probably also said something very similar to other people.

Let’s all agree to stop using the word “never” when we’re trying to help each other.

The SCA is a place full of individual growth and personal achievement. Let’s give people the opportunity to learn.

I would give people the benefit of the doubt. I would hope that they mean well. I would try to hear the constructive part of the comment – trying to let me know that there is something else I could work on – instead of the parts that sound like I’m not good enough or that I’ll never meet my goals unless I change.

That’s hard to do.

I’d remember something. The only people who give Kingdom awards are our Royals. They decide. Not the person giving this kind of the advice. The Crown does. And even in the rare circumstance that a King or Queen would say something like this they hold their office temporarily. The next set of Royals may have completely different expectations. You may not “have to” do anything other than be patient.

Or it becomes “I personally wouldn’t recommend you for an A&S award unless you do research” because that’s something about which the person can actually make a decision.

Or something like “I think the other people I’ve seen who get that award do research so if you want that recognition too then it could help to do what I’ve seen them do too.”

You can’t control what people tell you. They’ll make mistakes. They may un-intentionally hurt you. Try to forgive them for doing that. You can even try and let them know what they’ve done with their choice of words.

But you can try and change how you hear their words. Considering trying to hear the constructive parts of what they’ve suggested and put aside the less helpful parts.

And, on top of all that, remember to talk to people. Lots of people. All sorts of different kinds of people. Give yourself a chance to hear feedback from lots of sources and not just one. That will help you gage the kind of feedback you are hearing.

Your Servant to Command,
~p.w.

Postscript: There’s also a whole different conversation about what is “research” and what people are looking for when they encourage you to do more of it. This reply focused more on a certain kind of unsolicited advice or a kind of poorly worded advice. I could write lots more on “research”. (So I will!)